Since my time at university, I have become a real geek for urban landscapes and maps. If there wasn’t such a thing as a “map geek” before, then there certainly is now. This developed out of my study of medieval urbanism as an undergraduate and my post-graduate education in Landscape Archaeology (where I chose to focus most of my projects on urbanism in one form or another but studied a healthy level of ancient rural landscapes too).

Naturally then, as I am editing my novel I have been struck by the superficiality of some of my descriptions of geography, especially urban descriptions. There have been a few token descriptions of buildings, the suggestion that there are people milling about without too many explanation for what they are doing, and a brief explanation of how busy it is – appropriate to where the scene is set. It worked at the time but I felt it needed a little more depth with each edit. Since my studies on urbanism, I’ve become far more aware of the landscape around us from an archaeological and geographical perspective – how it came to be, how it might look in the future and why any parts of a relict landscape might look the way it does. And now, I have come to realise that the sense of place in several key areas of the novel remained inadequate.

A sense of place is of much larger importance for speculative fiction (and I would include historical fiction under that umbrella) than it is for contemporary fiction. For prose set in the here and now, all you need is a basic idea of what the town or city looks like and a few token references to places there in order to satisfy those who know it or those who would be curious enough to look at a map. For speculative fiction, you really need to create a sense of place, make it feel authentic, realistic and do your best to absorb yourself into the world.

The toughest part of creating a sense of a place in fiction, is to make it feel appropriately busy without overwhelming the reader. I felt a little overwhelmed reading The Windup Girl but ultimately I appreciated the sheer depth of the world that the writer (Paulo Bacigalupi) created. It felt appropriately hectic, chaotic even at times yet I felt absorbed into its markets, its cities and its deserts, its run down and exclusive areas. It’s this book and some others like it (recently feeling bombarded by the depth of New Crobuzon in Perdido Street Station), as well as this new academic understanding I have of landscapes that has made me re-evaluate how I write about a place.

Because our places in speculative exist in our mind because a) they no longer exist in the real world or b) they will in all likelihood never exist because they are in a future that we have created, we have that extra difficulty. Unfortunately, the animus device of the Assassin’s Creed games is not yet a reality (and probably never will be), we are stuck with imagining our own world’s and making some assumptions about our world based on actual experiences as well as research on whatever landscape we are trying to imagine. 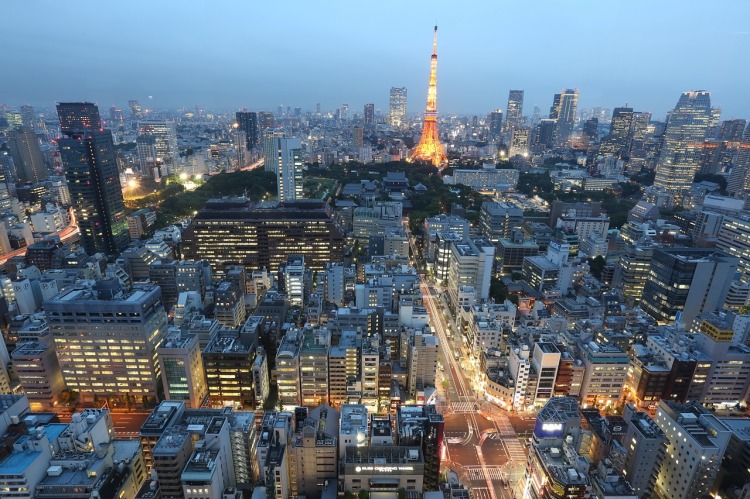 Regardless of where our work is set, there are some basic assumptions that are going to be true wherever and whenever we are. A market is going to be busy, as is an airport, a docks or quayside. Polite (elite) buildings such as palaces, castles, and places of worship are going to be prominent. We need an infrastructure so a city will not just have houses. It will need roads, a commercial district, an industrial district. There will be residential areas. Some will be more upmarket than others. There will be government buildings and these are likely to be busy with a strong security presence. Whether you are setting it in modern day London, a medieval castle under threat of attack or in a Roman city in a settled province you will see all of these elements.

Here is a short segment from my novel discussing the protagonist’s arrival back in England:

Almost at once Peter felt hit with the rush of people. Dockworkers stood by waiting for their cue to board the Shepherd and unload its cargo while others scanned the crowds nervously for expected friends or relatives. The ship berthed next to The Shepherd was an older vessel but more substantial and being loaded for an outbound voyage. Dockworkers mixed with the crew who were busy scrubbing the decks clean before departure.

As they walked along the quay, Peter’s attention was drawn to the buzz of activity. Here was a Dock Steward and a French peasant arguing over a cow. There was a group of young children looking for people to pickpocket. They’d developed a simple sign language suggesting they had been thieving off of the unsuspecting for years. The guards paid them little attention; either they were unaware or did not care about the gang… or perhaps they profited from it for turning a blind eye. Peter allowed himself a wry smile. Nothing had changed including the smell of roasting chicken which watered his mouth as he strode through the farmers market surrounded by the calls of men desperate to sell their wares. How he’d missed roast chicken, and turkey and good old English ale. Garlic and onions, peppers and even honey were on display by the boatload as he marched onward through tantalising after delicious-looking produce. He wanted to try some of everything now. Honey roast potatoes with a side order of onions and raw pepper. He’d never believed that he could feel nostalgic about the humble potato but he did now when confronted with a farmer holding up baskets full of King Edward spuds, declaring them the best in Hampshire if not Christendom.

I still feel it needs a little more work, and there is more from that scene that I haven’t posted, but even this small section has far more detail than it did before. I’m largely trying to create a medieval landscape, albeit with a few deliberate anachronisms of later features because the book is set in the future. What that means though is that I can play around with some of the technologies. I can have extensive ruined brick buildings, tall ships and still remove firearms as a technology.

I’m going to continue on this theme and somewhere down the line (hopefully sooner rather than later) look at creating and describing rural landscapes as well as interior settings.

Some books on historic urbanism and urban theory

Lilley, K.D. 2002: Urban Life in the Middle Ages 1000-1450
Reynolds, S. 1977: An Introduction to the History of English Medieval Towns
Schofield, J & Vince, A. 2003: Medieval Towns: The Archaeology of British Towns in Their European Setting

4 thoughts on “Creating Place in Your Speculative Novel – Urban Landscapes”